If you know any transhumanists or other forward-looking folks, you've probably encountered the notion of a "post-scarcity society."

post-scarcity
a theoretical economy in which most goods can be produced in great abundance with minimal human labor needed, so that they become available to all very cheaply or even freely.

The idea is seductively straightforward: The old-fashioned way of manufacturing things, in which we grow stuff or dig stuff out of the ground and then do a tremendous amount of work to move stuff around, crush stuff, refine stuff, carve stuff, heat stuff up and then pour it, machine stuff, put stuff together, and then transfer that stuff from one place to another will not be the way of things forever. That's appallingly, embarrassingly crude, unchanged in principle since the days of stone knives and bearskins.

Instead, we're moving toward the technology to do things in a completely different way: using tiny machines to build stuff from a molecular or atomic level. In the book Engines of Creation, K. Eric Drexler envisions a time when we will be able to fabricate almost anything we can imagine from simple raw materials and energy.

In the first chapter, Engines of Construction, he talks about "universal assemblers," molecule-sized machines that can build things from the ground up the same way the enzymes in our bodies construct cells from the ground up, on a molecular level:

And on this foundation, futurists say, post-scarcity society will be built. If we can make anything from any raw materials cheaply or free, there is no longer a divide between rich and poor. Think Las Vegas where everyone is a millionaire whale. Want a car? A sofa? A cup of tea? Program assemblers with the characteristics of the thing you want, push a button, and presto! There it is.

This is a bigger change to human society than anything that has ever happened before. "Money" becomes obsolete. "Work" is something assemblers do, not something that humans do. "Wealth" becomes a quaint, outmoded concept, like feudalism.

At least that's the idea. The squirrels have something else to say.

I just got back from a two-month writing retreat in a cabin deep in the heart of rural Washington, many miles from civilization. My partner Eve and I were there working on a book, and along the way managed to start yet another book.

The forest is filled with all kinds of animals. We saw squirrels, raccoons, lots of hummingbirds with blurs for wings (they make a sound like a Star Wars light saber when they fly).

The squirrels are extremely adept at stealing seed from the bird feeders around the cabin. In fact, they'll chase the birds away from the feeders to do it. And they're cooperative about it; we saw one squirrel, who we named Thieving Bastard, teach two other squirrels, Understudy and Brash Upstart, how to get food out of the bird feeder.

We were wrong. Oh so very very wrong.

That might be true, but it's a mistake to think that limitless resources would therefore mean no war.

Two difficulties present themselves. The first is that, like the squirrels, we're not really designed for limitless resources. It messes with our heads. And the second, which is a consequence of the first, is that in a world of limitless resources, we will still find ways to separate the haves from the have-nots. Right now, that separation is made on the basis of who controls the most stuff. There are other ways to make that distinction, because a post-scarcity society is not, and never will be, truly post-scarcity.

These are things you can, at least in principle, create from nothing with programmable nanotech assemblers. 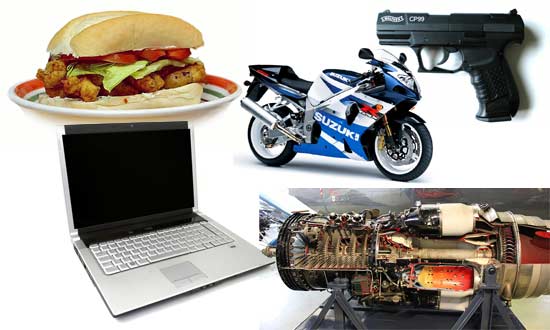 These are things you can't. 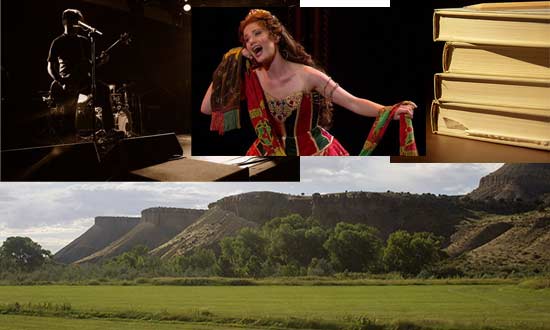 And human beings are nothing if not talented at dividing ourselves into classes based on who has things that someone else doesn't.

So what would happen in a purely post-scarcity society?

Well, look at the things nanotech assemblers can't give you. Space, for one. You can make stuff, but the space that exists on this planet is the space you get.

There's a lot of it, to be sure, and some of it that isn't usable can be made so with enough determination and technology; Tokyo has been extending itself into the ocean for decades.

But ultimately, space is a limiting factor. And people tend to congregate; if I'm living in New York City, I can expand my stuff outward only until it contacts my neighbors' stuff, and there I stop.

Having space, therefore, is a great marker for wealth in a post-scarcity society.

There is a lot of it. If I wanted to move to Montana, I could find more space than I can find in New York, but here's the thing: It already belongs to someone. And that fact isn't just going to disappear simply because everyone has enough food to eat. If I set up shop on a plot of land in Montana, I still have to contend with the quaint, old-fashioned, but still very real notion that it already belongs to someone.

And what, in a world of no scarcity, can I offer that person in exchange for that land?

Certainly not cash. Or motorcycles. Or anything else that anyone can, with a snap of the fingers, order up from ever-willing assemblers.

And that brings up the second thing that's still scarce in post-scarcity societies: talent.

In a society where everyone can have whatever stuff they want and nobody has to work, entertainment becomes very important indeed. And those who can provide it—those who can write, or sing, or perform—well, they control access to the only resource besides land that means anything.

So what, then, do we make of a society where the 1% are determined not in accordance with how many resources they control, but how creative they are? A Utopian might say that anyone can learn to be creative and entertaining; a look around the history of humanity suggests that isn't true.

Those who own land today command one of the few resources that will matter tomorrow. Those who can entertain command the only thing that can buy that resource. And the rest of humanity? Suddenly, Utopia starts to look a whole lot less Utopian to them, and a whole lot more like the same old same old.

I'm not suggesting that such a society isn't worthwhile, of course. An end to starvation sounds like a pretty good idea to me. The idea that people must suffer and die because they don't have enough stuff in a world where other people control access to stuff they can never, ever hope to use will seem as appallingly evil and barbaric to our descendants as the slave trade does to us.

But what are we creating if the society we're creating has no use for those who can't create?

If we are building the Utopia many transhumanists want to build, we must, I think, provide for people beyond mere existence. And let's not delude ourselves: a post-scarcity society still has scarcity. The scarcity has shifted to something more abstract, that's all. The post-scarcity future will still have its winners and losers.