Why Teddy Kaczynski Was An Idiot

Think Beyond Us: Imagining possibilities for the future
tbuESSAYS

I've never, in the past, been particularly impressed by beatboxing.

I'll get to him in a second; these things are related, I promise.

But first: beatboxing. If you're not familiar with it, it's a musical style involving making percussion sounds only with the performer's mouth.

Which is not something I've ever found all that interesting. Yes, it takes skill to do it well--but skill alone isn't sufficient to make something compelling to me.

I tend toward music that has something meaningful to say. If someone is going to go through the effort of creating music, it should be because that person has something which he feels needs to be expressed. This is why I don't much care for the bulk of pop music in general. While I'm sure there are those who disagree, "I want to hold your haaaaaaand" and "Got it bad, got it bad, got it bad, I'm hot for teacher" don't qualify, to my mind, as particularly compelling insights into the human condition1.

Beatboxing is particularly bad in this regard because the performer is, in a very literal way, incapable of expressing anything else while doing it. 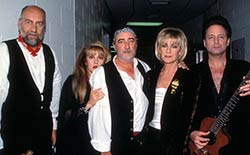 A lot of the music I listen to is created by groups that are actually just one person or a small number of people. I tend not to like music by large bands; a classic example, for me, is Fleetwood Mac, the 60s/70s/80s band whose music tends to sound to me like it was assembled by committee. This also relates to the notion of music in the service of expressing some idea; when music is put together by a number of people, the message gets muddled.

Yes, this is actually about Ted Kaczynski, I swear.

I tend to be fascinated by the process by which music is made. When I listen, say, to "A Quiet Anthem" by one of my current favorite bands, Aesthetic Perfection (a song which reminds me a great deal in theme to the book Use of Weapons, which I've blogged about in the past, but I digress), I'm always curious about the mechanics of how the song was put together. Aesthetic Perfection is just one guy, and the stuff he does is really interesting, structurally and in theme.

A while ago, one of my former sweeties showed me a video of a street performer calling himself DubFX, I was absolutely amazed. This guy has got talent by the metric asston, and an easy, comfortable familiarity with technology on top of that. He uses a sampling and looping machine to record his beatboxing, then layers harmony and lyrics on top of that.

And he's got some neat things to say.

Check out this video. If you're not really interested in the process, skip ahead to about 2 minutes and 10 seconds in, when the preliminary layering is done and the song itself starts.

Now we get to the part where Teddy Kaczynski is a moron.

Kaczynski, as you may recall, is the Harvard-educated mathematician who decided one day that (a) modern technology was destroying the souls of all humanity and (b) the best way to address this problem was to send pipe bombs to scientists, heads of public relations firms, and airlines.

When I watched the video of DubFX performing, I was struck with a deep sense of its warmth and humanness. This is a person who is using a piece of sophisticated technology to extend his ability to express a very human message. 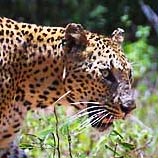 At one point, Ted Kaczynski took some time off from mailing bombs to people to write a rambling and in some places barely coherent 35,000-word long manifesto, Industrial Society and Its Future, about the evils of technology and the various ways in which it supposedly undermined human freedom2 and dignity.

To be fair to Mr. Kaczynski--and it is very hard to be fair to Mr. Kaczynski--he had the courage of his convictions. When he got hold of this notion that technology is bad, he followed it through to its illogical conclusion, and moved to a shack he built himself in Montana3 without running water or electricity, where he lived a quiet life of chopping wood, hunting game, crapping in holes he dug in the ground, and serial killing.

Many of his supporters in the neo-Luddite community communicate with one another via email and by postings on neo-Luddite Usenet groups like the one devoted to Ted Kaczynski. This takes "missing the point" to a breathtaking new level; the unintentional irony here can drop a charging herd of rhinos at ninety paces. 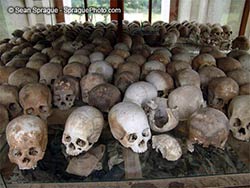 The notion that industrialization and technology are bad isn't new. People have written all sorts of books about it, and occasionally some shmoo has decided to turn it into a revolution. Pol Pot, the leader of the genocidal Khmer Rouge party in Cambodia, took these ideas to the next level; he opposed all forms of technology and industrialization across the board (going so far in his anti-intellectualism that toward the end of his regime he started executing anyone who had a college degree or wore glasses), and attempted to create an agrarian Utopia by renouncing all of industrialization and moving the entire population out onto collective farms.

It worked about as well as you'd expect; almost a quarter of the country's population died or were executed. About par for the course, really.

Kaczynski, Pol Pot, and others like him are idiots in no small part because they don't understand what technology is. These people see technology of and by itself as inherently evil and dehumanizing--a view shared, to a lesser degree, by a startling number of people who really ought to know better.

Technology is simply ways of doing things. The flink knife? That's technology. Cooking food? Using a pointed stick instead of digging in the dirt with your hands when you're planting crops? Yep, technology. People do these things because doing them makes their lives better, not because some sinister evil force makes them.

That's some world-class stupidity, it is.

Kaczynski wrote in his manifesto that people banding together in large groups is Bad And Wrong, because as soon as you depend on anyone else for something, you are no longer free. He didn't get the obvious--people band together in groups because doing this lifts a burden off of them. If I make clothes and George raises food, I no longer have to raise food, and George no longer has to make clothes. Shared work for mutual benefit makes everyone's lives easier. Today we enjoy unprecedented amounts of free time to do things we want to do rather than things we must do to secure our own survival; from where I'm standing, that's the opposite of "slavery."

And because of that, no anti-technologist revolution will, or can, ever succeed. Thechnology is written into our genes; it's a part of our evolutionary heritage. Our big brains are tools of survival.

Even if someone were to take over the earth and return all of us to agrarianism (well, those of us left alive--agrarian societies could only support a fraction of the number of people currently on the planet, so most of us would have to be killed to make it happen), it would not be very long before someone said "Hey! If I use this stick instead of my hands, I can plant more food!" and someone else said "Hey, check this out--if I lash two sticks together on the bottom of this plank of wood, I can plant even more food!"

I have a great deal of respect for the way that DubFX uses technology--as an empowering tool to facilitate human expression.

I like his music a lot. There's a ton of it on YouTube, and all of it is warm and relentlessly optimistic.

One of the things I've noticed about anti-technologists and transhumanists is that the former tend to be implacable in their pessimism, while the latter tend to be highly optimistic and human-centered.

DubFX uses technology in an easy, comfortable way--watching him perform, it's as if the sampling board has become a natural extension of his own talent, which allows him to express himself effortlessly. 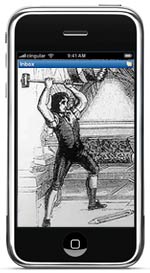 I think there's something significant about. Anti-intellectuals and anti-technologists tend to be uncomfortable around the notion of learning new things--particularly learning how to use new things--and tend to project that discomfort outward, beliving it to be a symptom of something wrong with all of society.

Not that that's anything new. Sex-negative folks and homophobes do the same sort of thing, I reckon; it seems to be an enduring human trait that whatever makes us personally feel uncomfortable becomes something that is wrong with the world, something to be fixed--at the barrel of a gun, if necessary.

Anti-technologists tend to stop at the point where their own discomfort ends. Teddy Kaczynski didn't like computers but had no particular objections to using a manual typewriter--a device whose existence became possible only after the Industrial Revolution, with its precise metal casting and manufacturing. His misguided fans today use their computers to discuss the end of technology on Usenet and download neo-Luddite podcasts (Yes! There are such things!) on their iPhones.

The irony, it kills.

It seems to me that people who abhor technology often reach for violence to make their point, but those of us who embrace technology don't tend to take up our cause with guns or bombs. I can't recall ever seeing a headline reading "Transhumanist convicted of murderous pro-technology spree." There are certainly people who love technology and are also violent, but transhumanism as a movement doesn't seem to lead to violence the way Luddism does.

The original Luddies went down in history as a damp squib. They broke some property and killed some people, but in the end they were unable to prevent the Industrial Revolution. Frankly, I'm glad they were so impotent. In their idealized society, we couldn't even have this conversation...nor would I be able to take time off from laboring for my own survival to talk about it even if I wanted to.

I write a great deal about the liberating and empowering abilities of technology. People like DubFX turn those ideas into art.

1 An argument could be made, I suppose, for the notion that being hot for teacher is an enduring part of our shared human experience. In my case, it was my high-school French teacher, cliched as that might sound. In my own defense, however, she was hot.

2 For a very narrow and relentlessly peculiar definition of "freedom," which takes six rather lengthy paragraphs in the manifesto to explain.

3 Before that, he lived in his parents' basement. I swear I am not making this up.